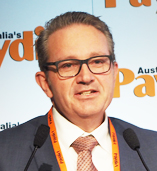 The SPP opened on July 3 by Mincor Resources NL to raise $10 million closed early today after $10.4 million in commitments were received.

Support for the SPP follows the successful completion of the first tranche of Mincor’s two-tranche share placement, which raised $17.3 million, with the second tranche of the placement to raise $32.7 million subject to shareholder approval at Mincor’s general meeting on August 5.

“We were able to maintain and even increase the rapid pace of activity seen in recent quarters, putting Mincor on a clear trajectory towards a final investment decision for our nickel restart at Kambalda,” Mincor managing director David Southam said in the company’s quarterly report.

“In late June, we received commitments for a $50 million placement as part of a broader up to $60 millioncapital raising. This was underpinned by the support received from our key strategic shareholders IGO [Ltd], which will increase its ownership of Mincor to around 8% by subscribing for $13 million and Wyloo Metals, which followed its investment pro-rata to maintain its13.8%stake. While the placement was significantly oversubscribed, we were also able to welcome a number of new high-quality institutional shareholders to our register. At completion of the placement, Mincor will have more than $100million in cash, putting us in an enviable funding position with the ability to pursue a two-pronged development and exploration strategy aimed at growing our mineral inventory and mine life as we advance towards production.”

Southam will be among other high profile mining executives presenting at this year’s Australian Nickel Conference.