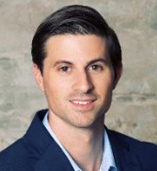 Savich said he was exceptionally happy with the DFS results from the Lake Mackay potash project in Western Australia.

The large, long life, expandable nature of the project, which could also receive NAIF support, were asepcts of the Lake Mackay DFS that Savich was particulalry pleased with.

Over the past two years the company has spent $25 million preparing the DFS on Lake Mackay, which is estimated to produce 450,000 tpa SOP over 40 years. Capex to build the project is $US415 million.

Agrimin’s job is to now lock in project financing. Read more in the September edition of Australia’s Paydirt