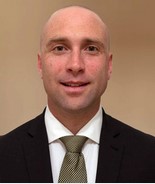 Social media has been abuzz so far this week with investors asking which of the copper stocks are the pick of the bunch?

Hillgrove has the Kanmantoo copper mine and today announced an exploration target of between 8-16mt @ between 1-2% copper and 0.2-0.4 g/t gold.

The exploration target indicates the potential for significant growth of the underground resource and that a significant increase in mine life may be possible at Kanmantoo, where 137,000t copper was produced between 2011-2019.

A copper-gold processing plant and TSF remain in place at Kanmantoo for Hillgrove to leverage from.